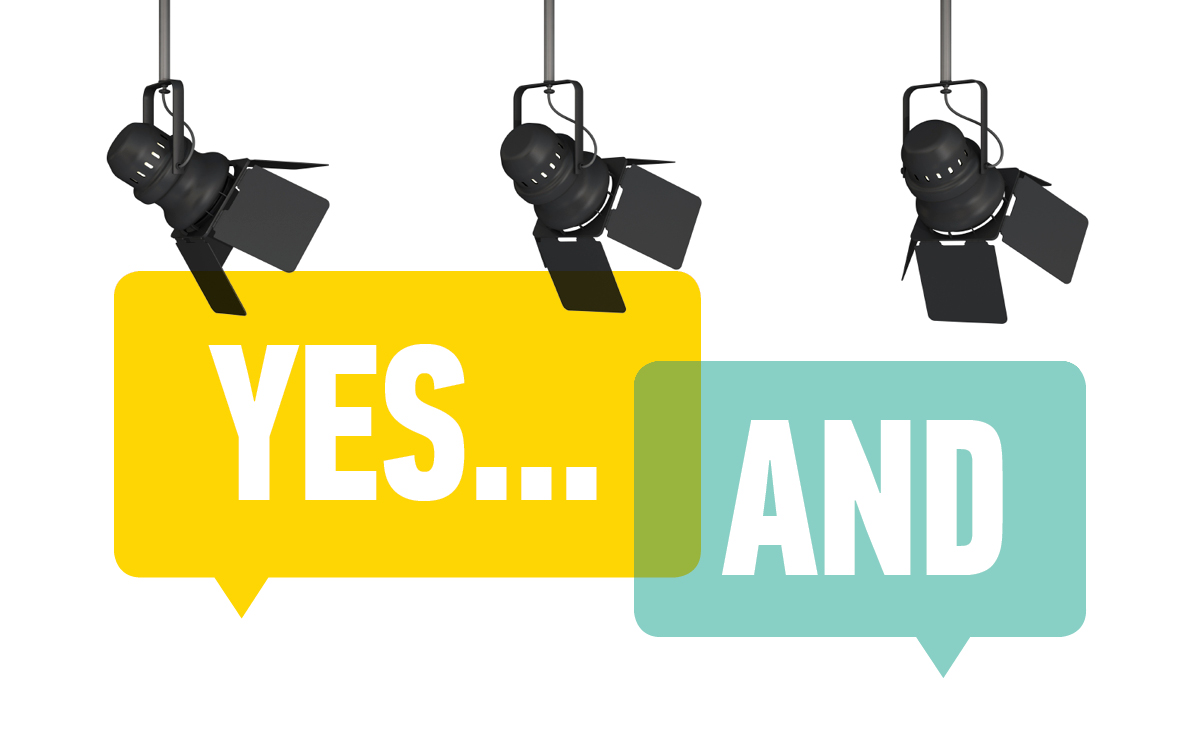 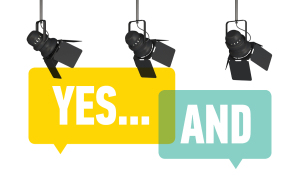 It beats disagreeing with your client

If you’re not familiar with improv (short for improvisational) comedy, it’s essentially flying by the seat of your pants in front of an audience waiting to be entertained. Typically there are between 2-6 participants and unlike traditional stage acts, there is no memorization of material because they don’t know what they’re going to do until they are up on stage and the audience gives them ideas. For example, the audience may tell the actors that they are at a speed-dating event catering to zookeepers… it’s then up to the actors to create a story. Some of our greatest actors and comedians have been in improv groups and recently it’s begun to take hold in formal management training.

If you’ve ever seen really good improv at a comedy club, you’ll notice that the participants never directly say no to any idea. The object is to build upon the scenario that your fellow actor put you in. There are very few rules in improv, but one of them is “never say no”, because if the person you’re performing with puts the two of you in a scenario (no matter how ridiculous), and your answer is “no”, everything unravels because the continuity is broken. Instead you say “yes… and”, which allows you to add to the story rather than subtract from it. This method accomplishes two things:

Try this approach in your next client meeting and see where the conversation takes you. Even if you don’t end up at the place you imagined, I guarantee you’ll make progress to move the project forward.

One Moore Thing: Just because improv actors don’t memorize lines doesn’t mean they don’t practice and rehearse. This will take some time to perfect as most salespeople are listening for something to disagree with the client about rather than looking for agreement.